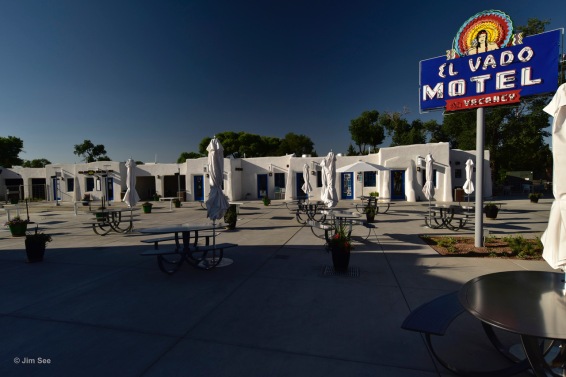 One of the best examples of a pre-WWII tourist court on Route 66, El Vado Auto Court was built in 1937 in anticipation of the rerouting of the historic road, east–west, through Albuquerque. The use of the Spanish Pueblo Revival style, with exposed vigas (roof beams) undulating parapet lines, buttressed walls, and soft corners, was a theme in the Southwest aimed at providing the early motor tourists from back East with a sense of visiting another world. The original design included carports for units.  Protection of the vehicles that represented the freedom to travel on one’s own was a commercial plus.

The motel closed in 2005 and began to deteriorate. It was even threatened with demolition. In response to citizens’ concerns, the City of Albuquerque purchased the property in 2010 and sought a developer for the restoration. The adjacent property was made available for projects to subsidize the redevelopment. Palindrome Communities accepted the challenge. The renovated El Vado (Spanish for “river crossing”) now has rooms to rent and a series of boutique shops and cafes. The former carports are glazed with dark glass to recall the look of the original voids. The former central parking area is now a plaza with seating, umbrellas, a fountain, and swimming pool. 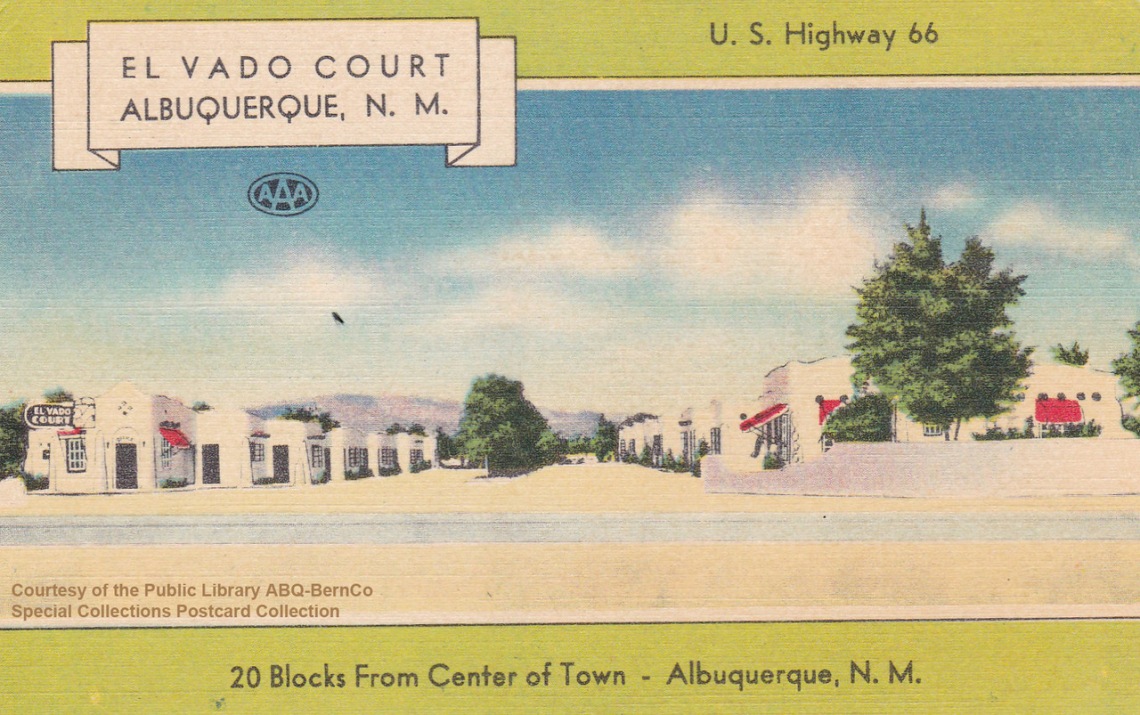