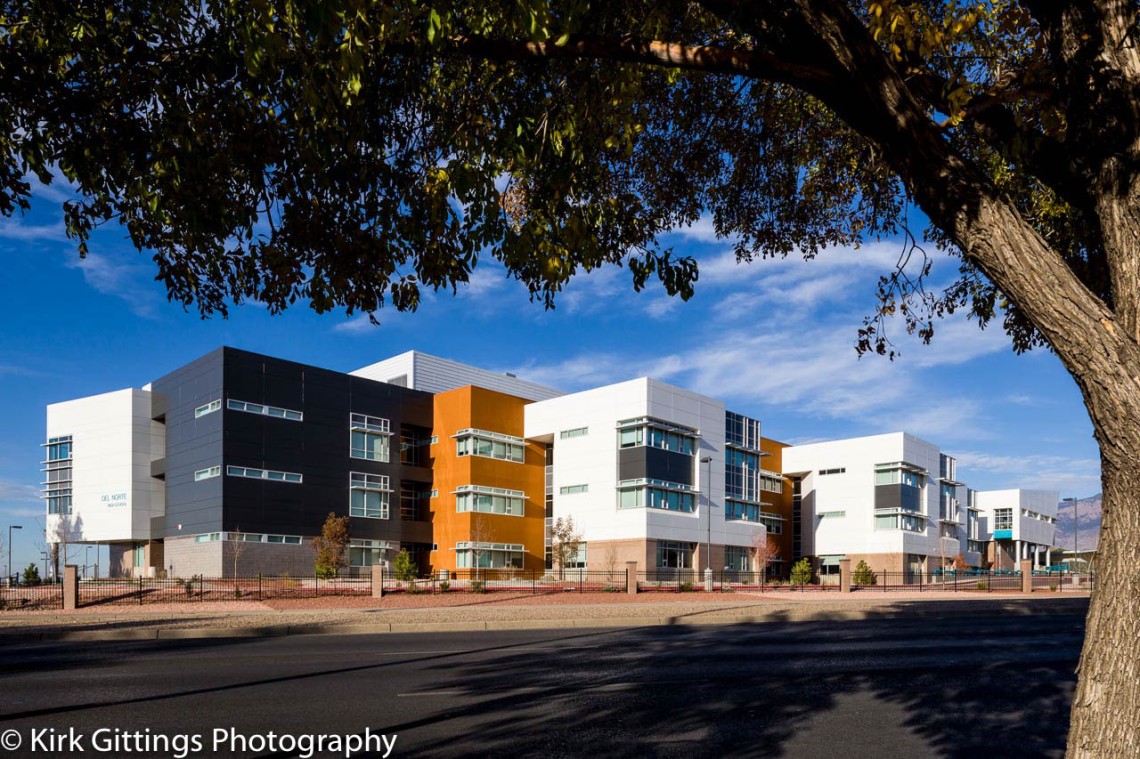 Access:  Visitors must check in at the school office

The intersection of Montgomery and San Mateo Boulevards is one of the busiest in Albuquerque. Its northeast corner became the home of the first Del Norte High School, in the early 1960s. Now it houses two separate educational institutions: Nex+Gen Academy, a small community school with a capacity of 400 students that focuses on project-based learning, and Del Norte High School, a comprehensive high school for 1200 students that is organized around small learning communities. 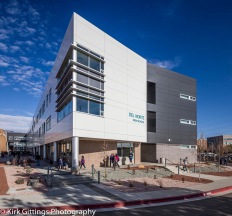 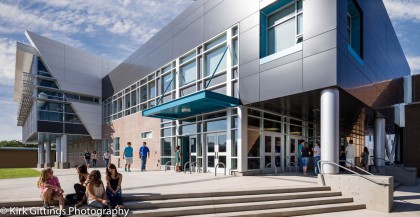 The original campus image was that of a village of classroom clusters. The image of it as rebuilt now is that of an urban, professional campus, conveying that—with the help of 21st-century technologies—important well-crafted ideas are generated here. The shift from single-story buildings to three-story structures also allowed for a denser capacity on the same amount of land. That increase in vertical volume along with multiple phases of construction made it possible to keep the school in operation while new construction was in progress: build new buildings; relocate students into them; demolish older buildings; repeat. Over 60 percent of the original buildings were replaced. 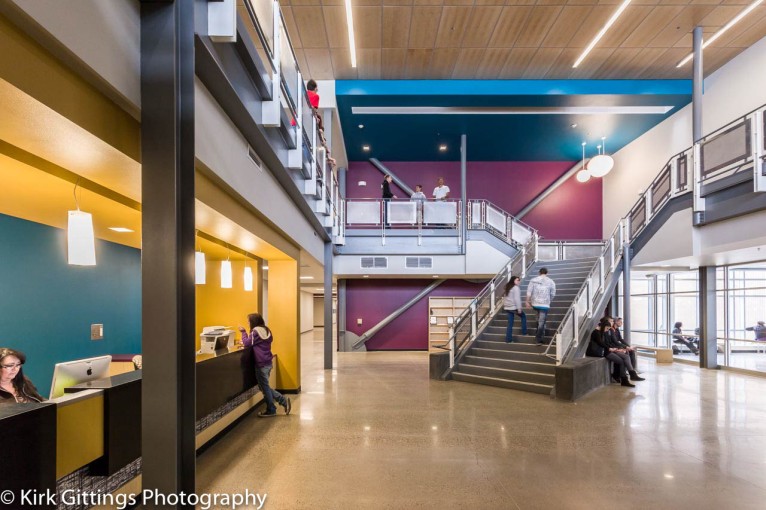 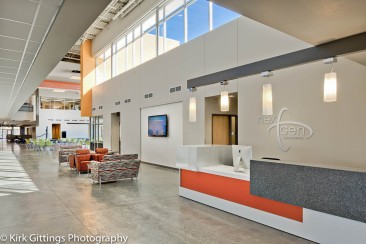 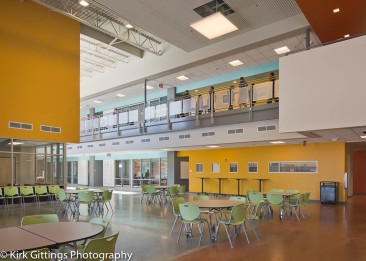 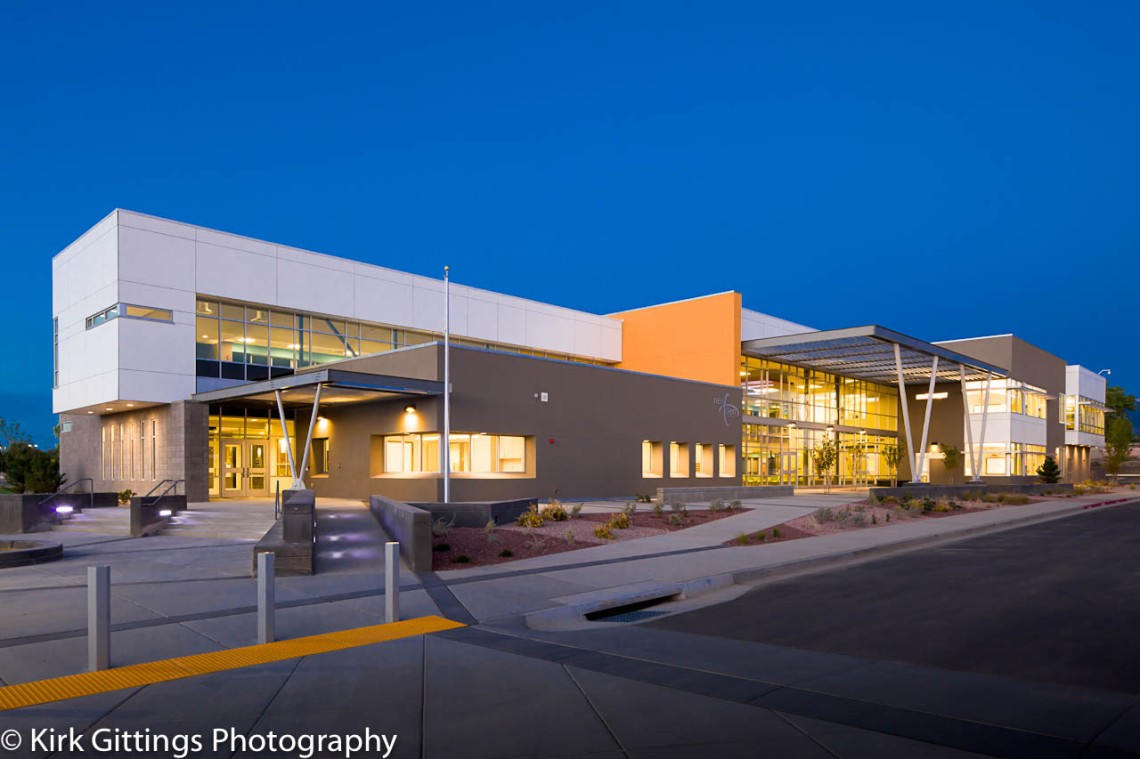