The University of New Mexico’s basketball arena is known nationally for the atmosphere created by the sunken court. The noise level generated at a game by the “bowl” of screaming fans is extreme, resulting in its nickname, “The Pit,” regardless of official naming rights.

Architecturally, this basketball arena’s original construction was very creative and inexpensive. The 338-foot by 300-foot roof over the court and seating is without columns that would interfere with the view. The design called for the roof to be constructed over solid ground, making the use of shorter scaffolding possible.

The corrugated steel roof deck and ceiling, bolted to the lattice trusses, form the top and bottom members of the roof trusses. This structural system, often used for bridges, is extremely light-weight and therefore less expensive than competing, long-span systems. Once the roof system was completed and the scaffolding removed, the “Pit” was excavated and the seating and court were installed. 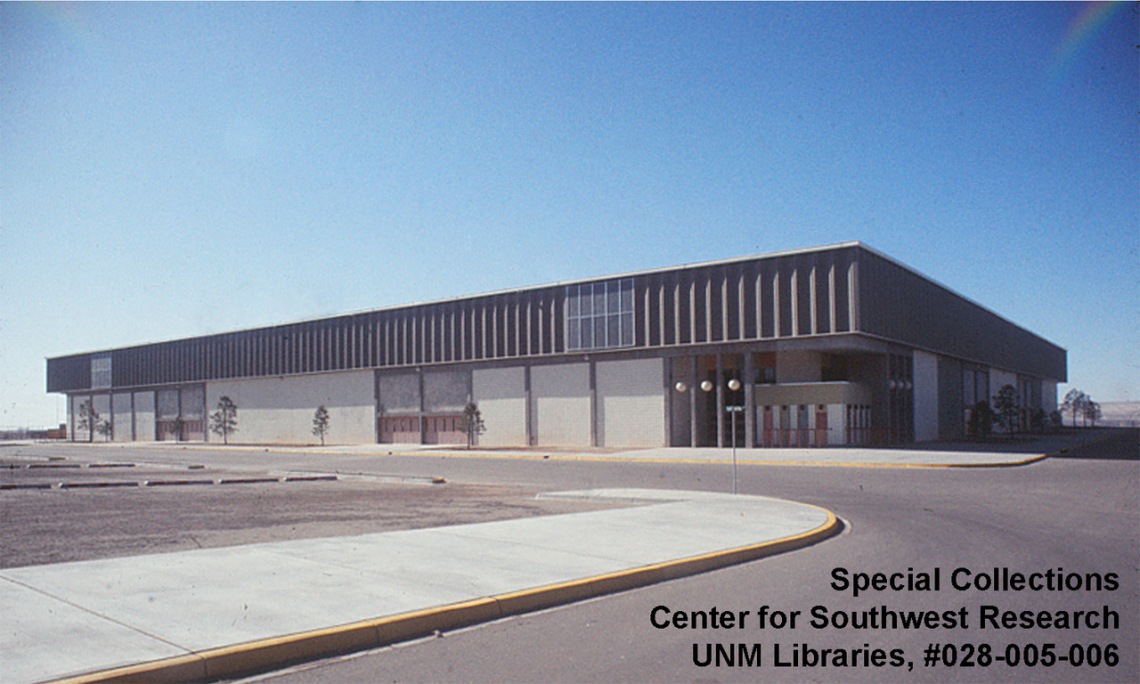 In 1975, additional seating was added on cantilevered balconies between the concourse level and the ceiling, increasing the seating capacity from 14,850 to 18,018. A more radical upgrade in 2009 provided suites and met other contemporary expectations of modern arenas. A major redo of the facades on the main streets added the pizzazz of a glass lobby with changing LED lighting to the major public entry. However, the main feature remains “The Pit” filled with screaming Lobo fans.